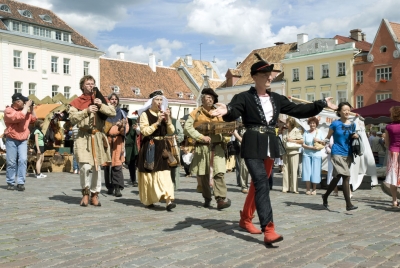 What is of particular interest in Estonia? Ask anyone who has been to Estonia what they liked most about this country, and you will get many different answers.

At the same time, there are special aspects of this state that are talked about more than others.

Here are a few reasons why Estonia is different from other countries in the world:

Tallinn's Medieval Old Town: It's impossible to deny that the main reason many people come to Estonia for the first time is to see the best-preserved European medieval city of all.

Desolate beaches: The Estonian coastline has hundreds of deserted beaches. Even in the height of summer, you can find a secluded place for yourself.

Manor Houses: Luxurious manor houses built centuries ago are open to visitors, many of which now function as upscale hotels.

Forests: Approximately 50% of the land in Estonia is occupied by forests. Hiking trails cross forests, many of which are protected or part of national parks.

Ice Roads: Believe it or not, the Baltic Sea freezes over during the winter and there is constant ice traffic between the mainland and the islands. Driving on ice sea roads is unforgettable!

Folklore: when it comes to the history of folklore, stories, legends and songs, Estonia rightfully ranks second in Europe after Ireland.

Estonian Song Festival (Estonian: "Laulupidu"): First held in 1869, the festival takes place every five years. In 2009, a combined choir of over 26,000 members performed for an audience of 80,000 people. The holiday is recognized as a masterpiece of the oral and spiritual heritage of humanity by UNESCO.

More than 1500 islands: most of them – small and deserted, but inhabited islands are known for their beauty, peaceful and friendly environment, as well as visual traditional culture,  representing the ancient way of life of Estonians.

Wild Animals: where else in Europe can you easily meet wild bears, wolves, lynxes, or flying squirrels in the forest? Nowhere.

Birds: millions of migratory birds are observed in Estonia at their stopovers during migration.

Castles: restored or in ruins, medieval castles are found not only in Tallinn, but throughout the country.

Saunas: When it's snowing, it's time to go to a hot sauna and whip yourself or a friend with a birch broom, then take a dip in the snow. It's fun, really!

Ghosts and legends: Estonia has its own ghosts and supernatural stories. For example, Medieval Tallinn is famous for its urban legends.

History of Sweden, Germany and Russia: Estonia was influenced by Russia, Sweden and Germany. Each era has left its traces in the landscape and culture of Estonia. Fairly or not, they helped to define the self-consciousness of Estonians.

5th season: In Soomaa National Park, in spring, if the thaw comes quickly, an amazing natural phenomenon occurs: the whole area is flooded with water, and people are forced to travel through the park by boat.

Small sizes: Estonia – small country. Distances are short here and travel is cheap. This means that you can cover many attractions and activities in a relatively short time.